A Day Like A Week (The Greatest Trick That The Devil Ever Played!), is the new film by the innovative director Kader Ayd (Old School, Public Enemies, Five Thirteen).
Featuring an international cast: Armand Assante, Richard Sammel, Lauriane Gilliéron, Steven Bauer, Tom Sizemore, Jennifer Ann Massey, Jimmy Jean-Louis and Tim Seyfi.
Stan Truman (Armand Assante) is arrested by the police, he undergoes a rigorous interrogation led by Inspector Thomas Pressman (Richard Sammel) who seeks to understand the events of which Stan and his family were victims. Stan’s words are incoherent as he tells his terrifying story…
Filmed in Switzerland, France and the United States, A Day Like A Week is a film full of suspense, fear and intrigue. 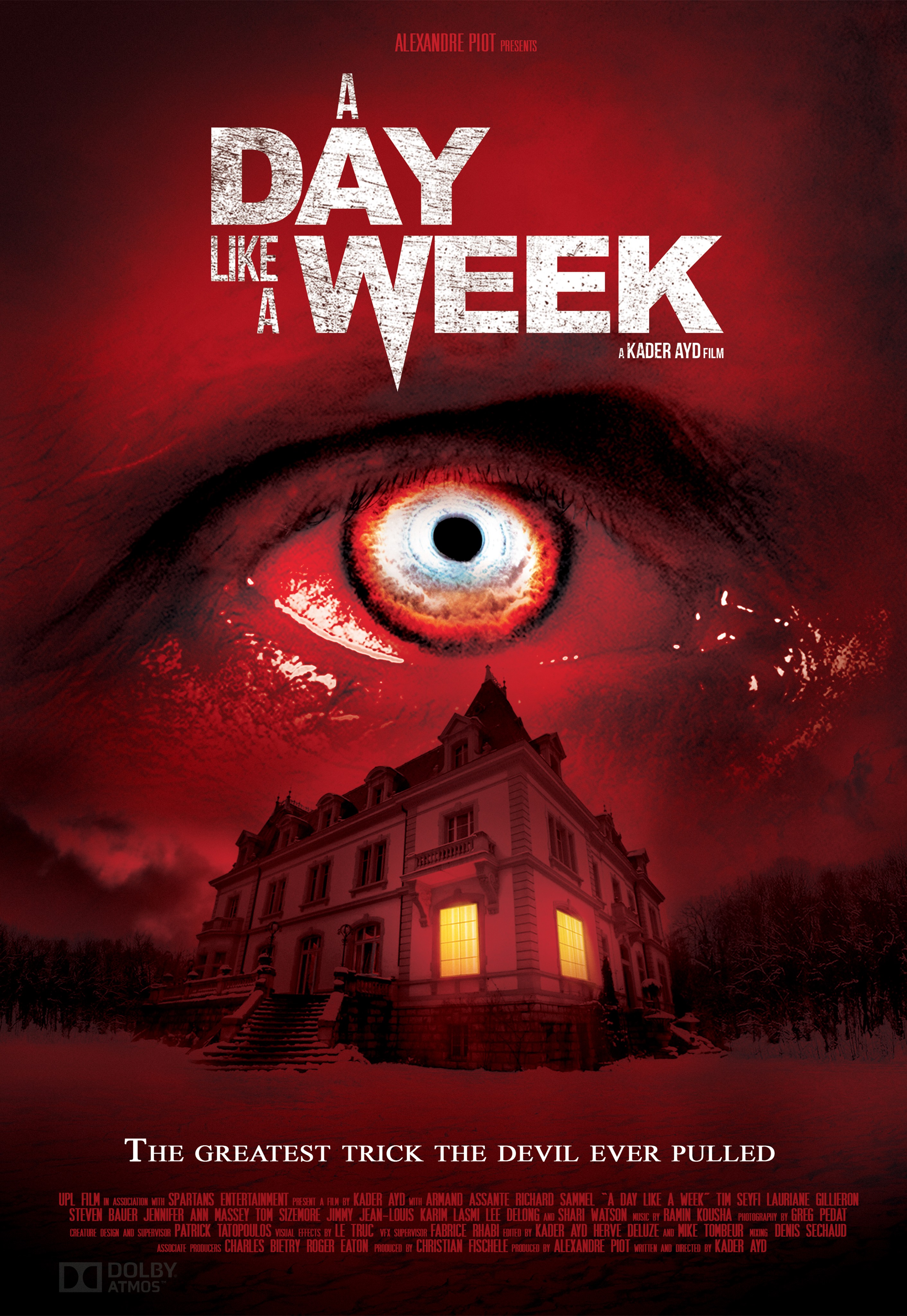