Flashback (The history of UK black music) is not only a documentary about a musical phenomenon in the UK, but also an intimate dialogue about the lives, careers and struggles of most artists, writers and producers of the black music community.Their music echoes around the world and many people are unaware that these sounds came from Britain.
The project is co-produced with Leee John, singer of the 80s soul funk group Imagination. The documentary is informative, entertaining and inspiring. The viewer is taken on a musical, social and political journey.
From the beginning of the 20th century to the present day, Flashback tells the story of black music in the United Kingdom. Flashback presents artists and music from a variety of decades and genres.
5 years of work, more than 100 artists and industry professionals were interviewed! In addition to these exclusive interviews, we have undertaken extensive research to locate rare documents.
Some of the many people interviewed for this project: Eddy Grant, Billy Ocean, Kenny Lynch, Clem Curtis (The Foundations), Courtney Pine, Pauline Black (The Seleter), Brinsley Forde (Aswad), Ruby Turner, David Grant (Linx), Jazzie B (Soul 2 Soul), Junior Giscombe, Janet Kay, Jaki Graham, Beverley Knight, Neville Staple (The Specials), Norman Jay, Trevor Nelson, Danny John-Jules, Carl Douglas, Ali Campbell (UB40 ) among many others !
Flashback brings together memories from many eras, reveals the stories that happened on the other side of the mirror, musical and historical references, anecdotes, the difficulties to progress in society in the UK by artists, and the realities to be a black artist in the music industry. 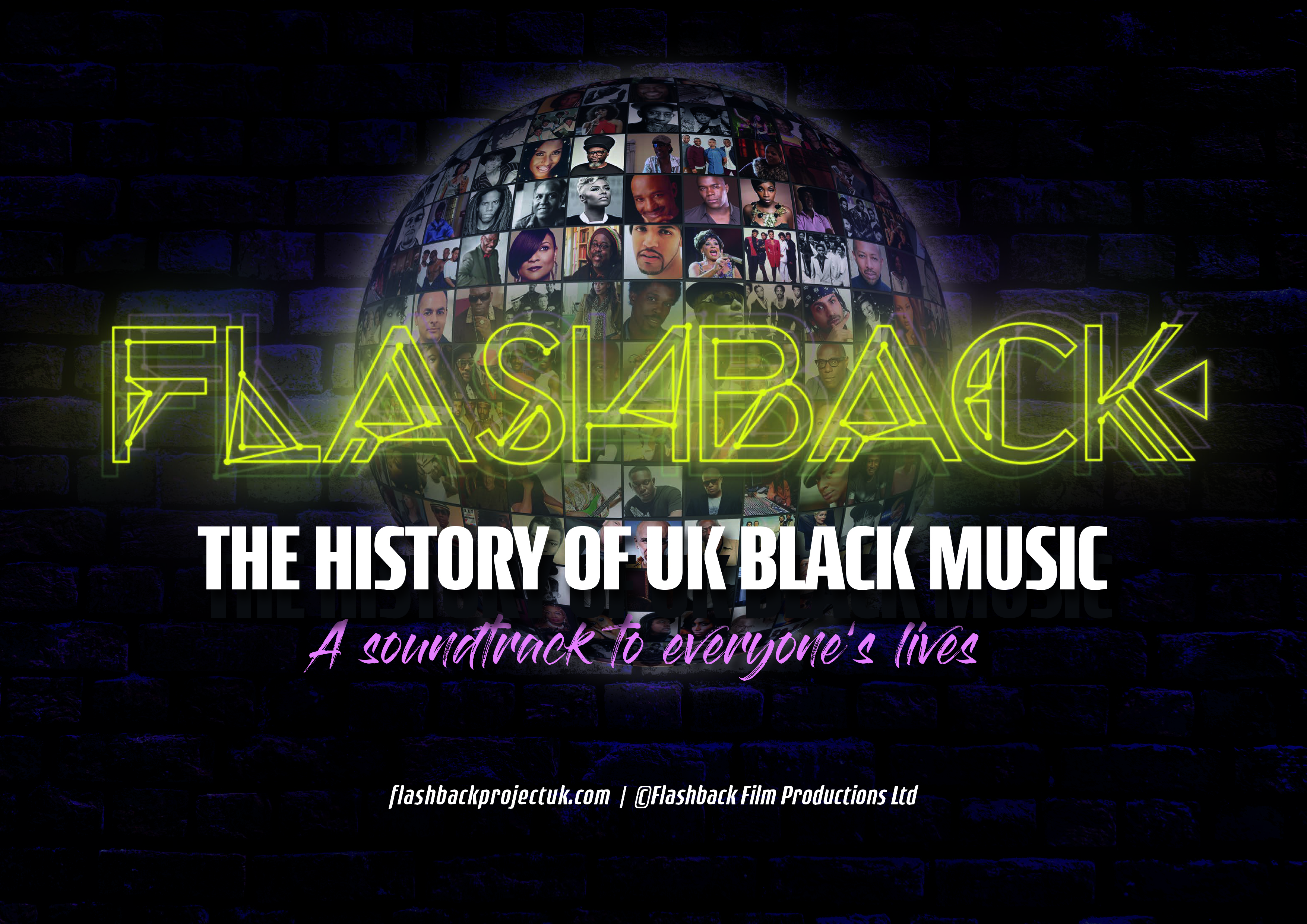 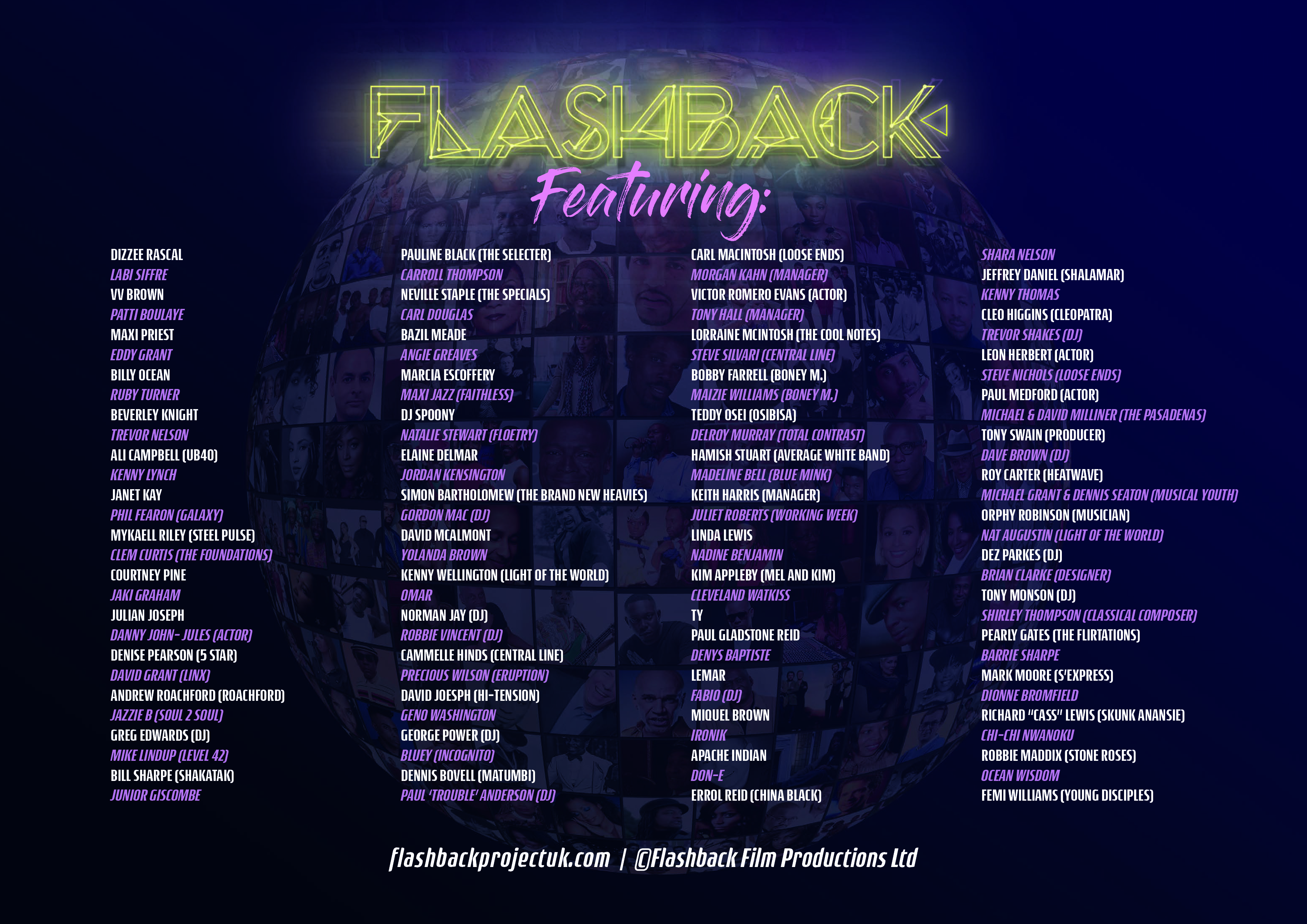