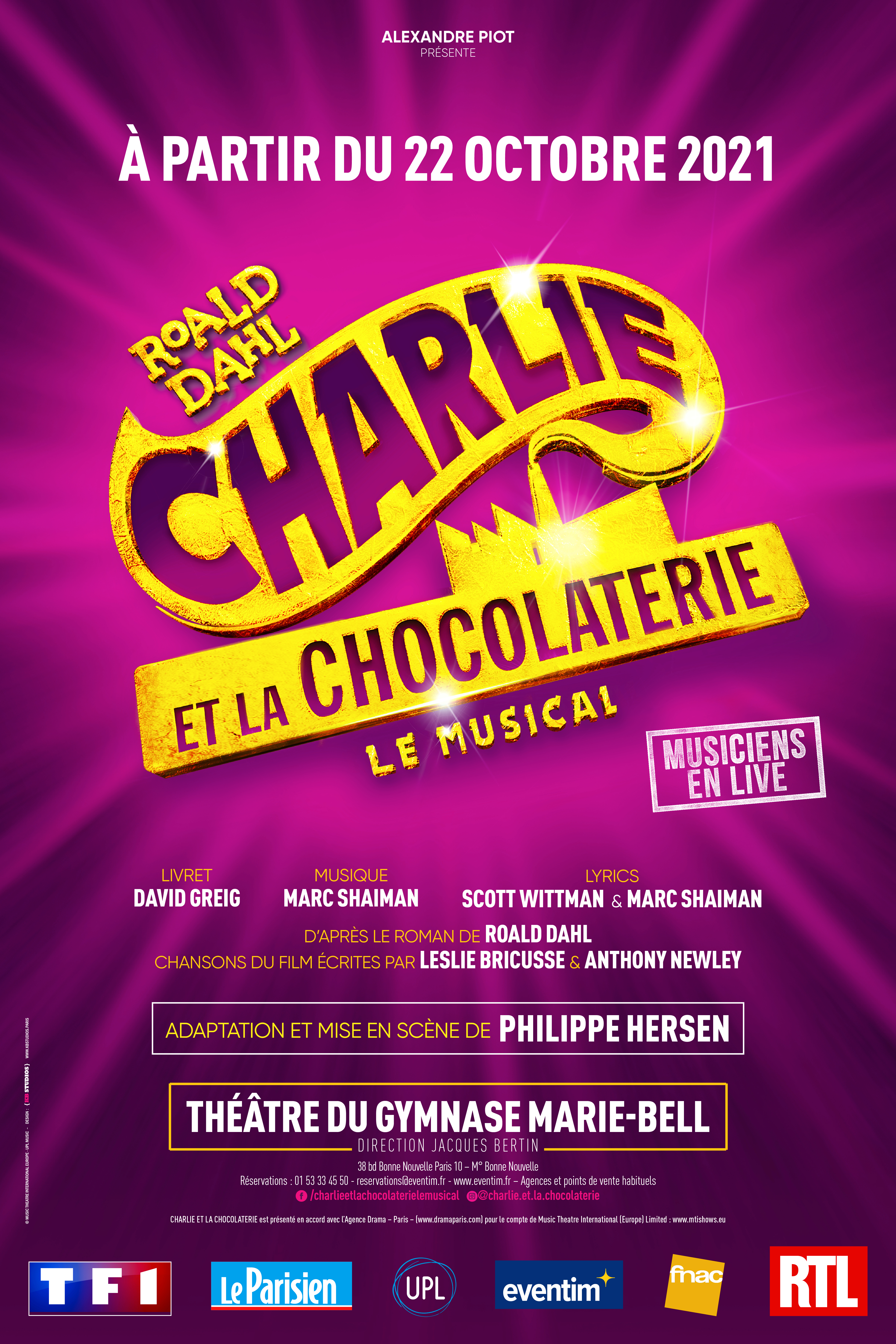 CHARLIE AND THE CHOCOLATE FACTORY

Charlie and the Chocolate Factory is a 1964 children’s novel by British author Roald Dahl. The story features the adventures of young Charlie Bucket inside the chocolate factory of eccentric chocolatier Willy Wonka.

Charlie and the Chocolate Factory is a stage musical with book by David Greig, music by Marc Shaiman and lyrics by Shaiman & Scott Wittman.

The musical premiered in London’s West End at the Theatre Royal Drury Lane in June 2013 and ran for over 3 years. The show was reworked for a Broadway production opening in April 2017 at the Lunt-Fontanne Theatre and ran until January 2018. A US Tour opened 21 September 2018 and an Australian Tour on 11 January 2019.

We are producing the musical for the first time in France, in 2 acts of an hour each at the historical Gymnase theatre in Paris, from 22nd of October 2021.

The book has been translated and staged by legendary French award winner director, Philippe Hersen.

The show presents a more contemporary version of the original story. Our aim is to plunge the spectator in a surreal world, Wonka’s one, which will bring joy & happiness to a large audience.