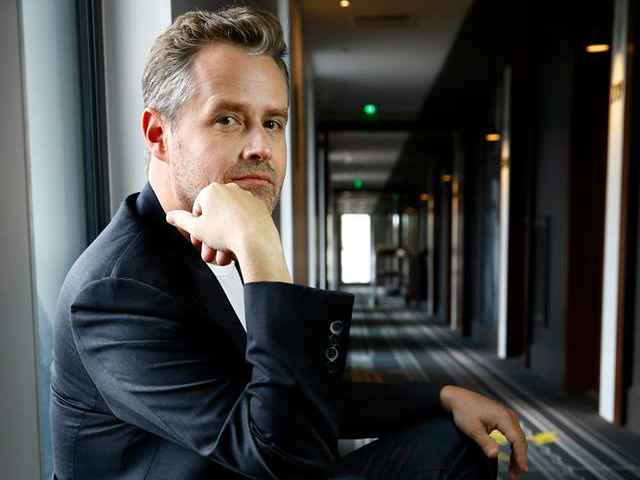 Born in 1977 in Grenoble (France), Alexandre Piot began his very young career as a musician and performer. He acquired his first experiences with the media when he released his first single in 1990. A graduate of Coventry University in England, he moved to London where he became a sound engineer and then artistic director of many projects. In 2003, Alexandre and his business partner Roman Jurik founded UPL, a video and multimedia production company still based in London.
UPL is quickly recognised, producing numerous corporate films and music videos.
In 2007, Alexandre got into movie productions, and become associate producer of the horror movie Temptation, which won the Gorezone Award for Best British Horror Film. He continues with the documentary film on Ibiza, And The Beat Goes On.
In 2009, UPL produced Louise diary : 1942 (Les amours secrètes), a feature film with Anémone and Richard Bohringer. The film is a success in France. UPL is also distributor of the film and DVD.
After several film productions, in 2016, Alexandre produced his first musical at the Salle Gaveau in Paris. It was a great success: Oliver Twist the musical.
In 2017-2018, Alexandre produced 5 shows in Paris including the award winner BÔ, the musical journey, composed by Catherine Lara and directed by Giuliano Peparini, with additional texts by MC Solaar.
In 2019, Alexandre has intensified his productions in music artists in between London and Paris.

Founded in 2003, UPL is an international group of production companies (UK, France, Switzerland and Czech Republic) that initially produced feature films and documentaries (And the Beat Goes On … Ibiza, Temptation, Les Amours Secrètes, Five Thirteen, A Day Like A Week…). The founders, Alexandre Piot and Roman Jurik, have successfully developed their activities and know-how. Throughout the projects, the company based in London has grown with subsidiaries in Paris, Prague and recently Geneva.
UPL produces all types of audiovisual content, events and shows around the world.

In 2017-2018, UPL produced several major projects:
Final Bouquet, a comic play in the tradition of the Paris boulevard, directed by Olivier Macé.
The Divalala, Room 113, Robin Hood: The Legend or almost, 3 musical shows for all audiences.
BÔ, the musical journey, composed by Catherine Lara and directed by Giuliano Peparini with additional texts by MC Solaar.